July 11, 2017. Author Linda Frank hosts Liz on her show, The Writer's Dream, at the LTV studios in East Hampton, NY.

In the first excerpt, Liz talks about When Crime Never Sleeps: Murder New York Style 4, the anthology she edited for Sisters in Crime's New York/Tri-State Chapter.

Liz talks about "Death Will Finish Your Marathon," her own short story featuring Bruce Kohler in Where Crime Never Sleeps. The excerpt ends with a question from Linda...

...which Liz answers by talking about why she chose a recovering alcoholic as her series protagonist and about her career in the alcoholism field, especially on the Bowery in its last days as New York's legendary skid row.


Liz talks about the Mendoza Family Saga, her Jewish historical series and how important it is for a writer of fiction to fall in love with her characters.


Liz discusses how to write about New York City as an infinite number of Agatha Christie villages; how the Jews who were expelled from Spain ended up in Istanbul; and which scene in one of her novels made her cry as she was writing it.

Liz talks about her growth as a writer, making peace with the realities of success and failure in 21st century publishing, taking risks, and the satisfaction of using her fiction to say what she wants to say. 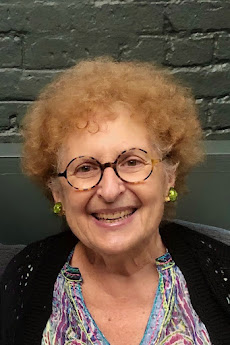