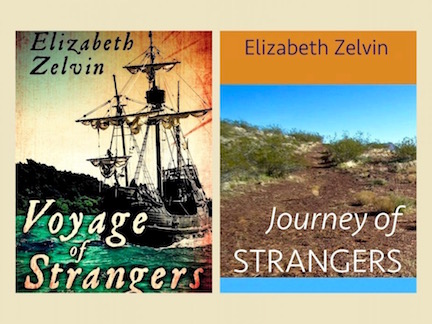 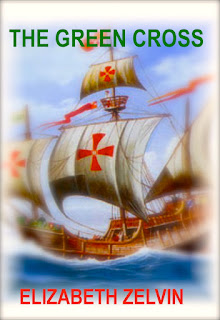 "The Green Cross"
Diego Mendoza first appeared in this short story in Ellery Queen's Mystery Magazine, boarding Columbus's flagship, the Santa Maria, on the same day that the Jews were expelled from Spain. "Navidad," the second story about Diego and Columbus in EQMM, became the prologue to the first novel in the Mendoza Family Saga.

Voyage of Strangers is the story of what really happened when Columbus "discovered" America. In the aftermath of the expulsion of the Jews from Spain, Diego and his sister Rachel join Columbus on the second voyage to Hispaniola, fall in love with the peaceable and generous Taino people and their culture, and watch in horror as the Spaniards, consumed by the quest for gold, destroy them.

Journey of Strangers picks up the story of Diego, Rachel, and their Taino friend Hutia on their return to Spain. They cross war-torn Europe in search of their family, eventually arriving in Istanbul, where the Sultan of the Ottoman Empire welcomes Jewish refugees. Journey also tells the story of Joanna, one of two thousand Jewish children the King of Portugal abducted and sent as slaves to the pestilent Isle of Crocodiles, Saõ Tomé, off the coast of West Africa.

The novels are available in both paperback and e-editions.

The Mendoza Family Saga continues with a series of mystery short stories set in the reign of Suleiman the Magnificent. Rachel, the protagonist, is now the matriarch of a lively family and has prospered in her career as a kira or purveyor to the Sultan's harem. The Golden Age of the Ottoman Empire and the remarkable Mendoza family, cultural relativists in an age of absolutism, are woven together in a saga that is ongoing.